Create a flourishing little mouse colony, by managing mouse behaviour and crafting all buildings. If you do a mice... err nice job, they will build you a monument.

If you already downloaded the game, please check and make sure that you have version 0.6 which includes several bugfixes or download it below.

Use your CURSOR (or your finger on android) TO NUDGE mice around or towards one another, so they can interact

Press ESCAPE to quit the game

You need to assign different behaviours/skins to the mice (you find these in the right corner of the menu, just drag them onto  any mouse on the play-area)

The strong mouse with the blue shirt - collects building materials like wood, stone

The lover mouse with the heart - well lets say they sometimes let your population grow ;)

Normal mice - collect food, so be careful of how many mice you change to strong-mice or lovers

When mice bump into each other they interact and combine items. For example: two times wood makes fire, with fire you can build more houses, etc.

Just experiment and watch what the mice do ;)

The game has a very good concept, however I wish that pushing a mouse could go a bit better, and that you could directly assign jobs to mice, other than that, it's a great game!

The art is really cute, but I found the gameplay pretty frustrating. The job system is random and hands-off, which is fine, and the mouse management system is very micro hands-on, which is fine, but together it doesn’t quite mesh. Like the game seems to want me to just sit back and watch the mice run around and occasionally plop down a building, but to get there I need to keep track of how many mice I have, breed more when I can, keep track of the green vs brown shirts to make more workers…

I think if the goal is to have a game you can just sit back and mostly watch while occasionally plopping down buildings, the mice should take care of themselves more – you should be able to plop down a hut that spawns a certain amount of mice or something, instead of needing to manage the individual mice manually.

A crafting game crossed with Brownian motion. :D
It's a really interesting idea. I had placed all but one of the buildings before I actually realised what was going on, but it's quite nice. Unfortunately I went over the top on adding mice so there was a lot of bouncing around. Really cute though. :)

ui gets hard to activate unless you fullscreen on web

Super cute game!! I was unable to finish the monument but it was super fun seeing how many mice I could create. Super fun!

super cute little game!! finished the monument after about 10 minutes of pushing the little mice guys around :)

one minor complaint is that the UI is a bit small and hard to interact with on android, and the advancements tab gets cut off on my 9:18 screen

Very cute, but the UI is too small on mobile, the Advancement tab just won't stay open.

i was not able to get the last piece. did not play continuously. image might help. firewood went to -1? i can drag the ornament and the center goes white but when i drop it, does not stay. no errors in console https://imgur.com/a/TSRuJrU 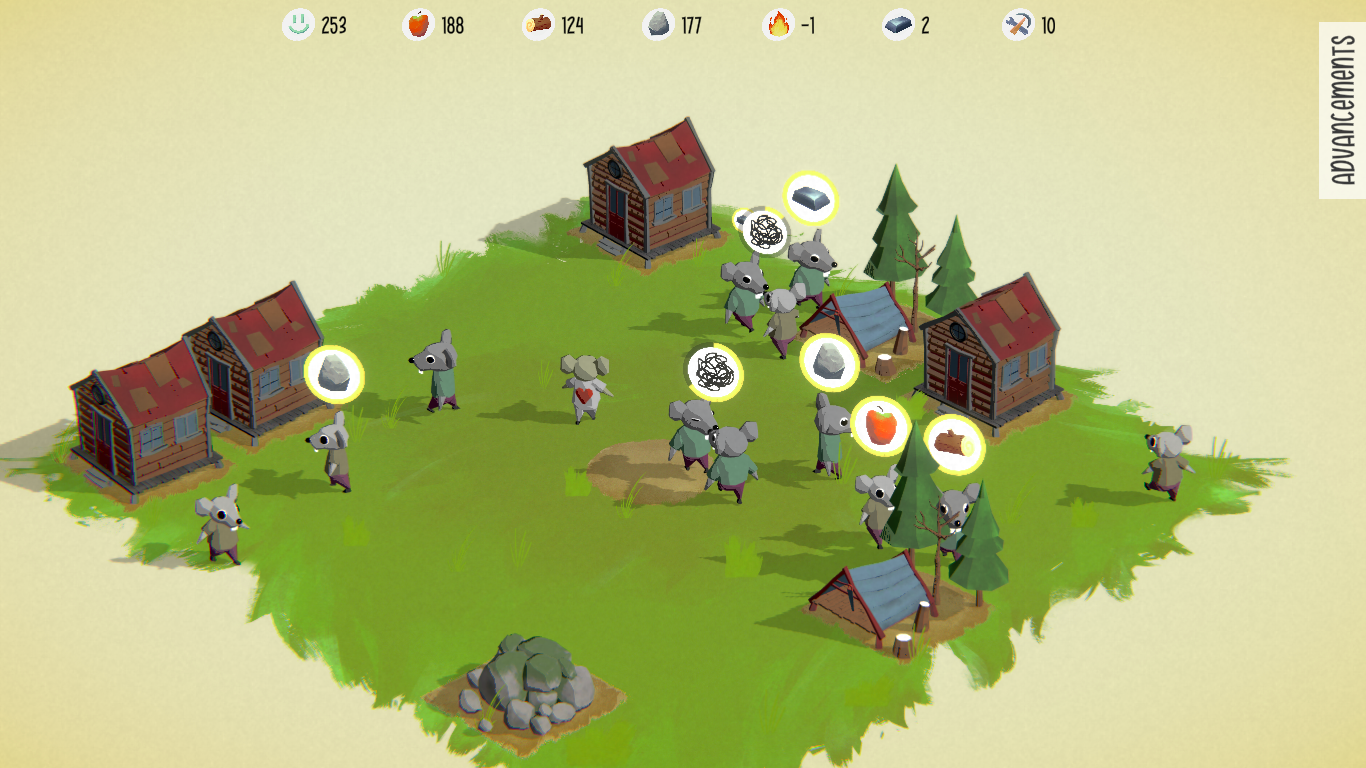 Not bad... I would use it for as a screensaver... But who is still using those these days?

But for the programming and such, not bad at all. Keep on learning the good stuff, looking forward to future projects of yours!

how do i play on chromebook

my mice was stuck in the roof of a building

Hello everyone hope everyone is well!

I have decided to try this game on my first impressions video! I had it in the eyesight to cover it for a while now. I hope you enjoy the video! I had a lot of fun and I really look forward to see what additions the game will have in the future.

Thank you for supporting this game!

Hi! Wow thank you for your feedback, for playing and making a video! We can't promise that there will be updates in the near future as we are actively working on Dorfromantik, but who knows ;)

Best wishes from the Team!

Hey ! That's great that you put your other game into the message I'll check that one too :p.

Thank you for making a fun game. Hope everyone from your team is doing well and whether you update it or not wish you the best :)

Hi guys! :)
I really liked the game. It has a great scope and looks beautiful. It also looks pretty polished. And it is fun to watch the mice do their work. ^^

I had some struggles understanding the combining of items mechanic (without having it explained in the description). It was hard for me to try things out, because there was often no reaction when bumping together. (which seems to just be a bug) So I sometimes wanted to just have an item in my bar to use, but the mice kept it. And because he kept it and did not interact, he seemed to not do anything else anymore.

I also did not have a good understanding of my interaction scope I guess. I wanted to interact more and quicker then I could, and that made it a bit frustrating some times.

It sill was fun to play and caught my attention. :)

Hi Felix and sorry for the late reply! Thanks for your feedback, we pushed one update for Mice Guys with some little fixes and then we immediately started working on Dorfromantik after this one, so we probably leave it in this prototypey state, hope that's understandable ;)
Very valid points though - the game was quite tricky to understand and still is a little buggy. Sorry for that ;)

Was this inspired by Trimps? :D

Hey RoTak, I'm sorry I have never heard of that game! What is it about?

It's an idle game with similiar mechanics.

Looking forward to giving this a try, I love the concept!

What new level of chaos is this?!?!

Superb stuff.  I found myself shouting at my mice A LOT! :-D

My daughters have enjoyed playing this game too! 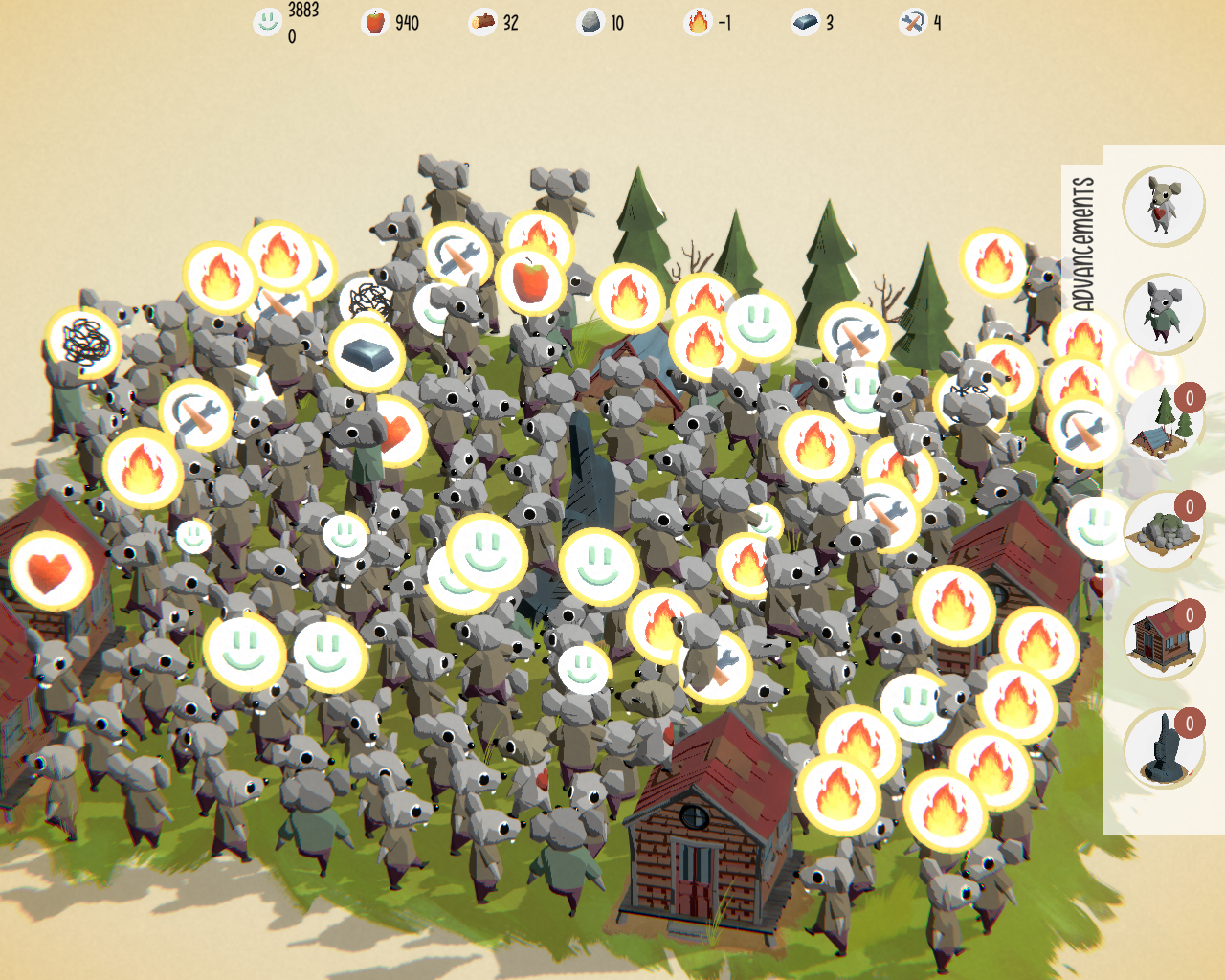 Looks like they definitely had a lot of fun with this ;) thanks for sharing!

Ah.. When there is no limit to anything -w- 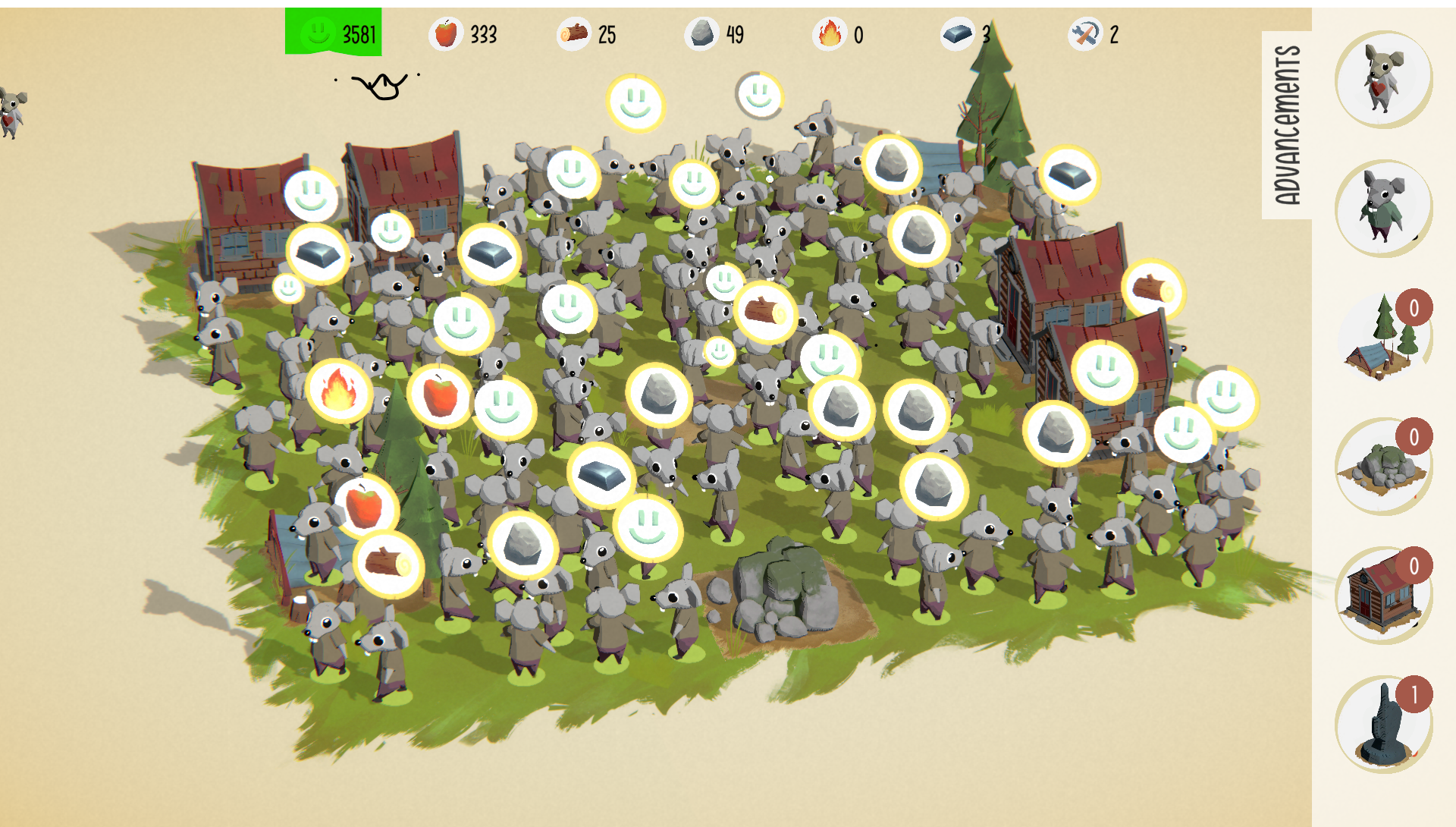 You have no idea xD 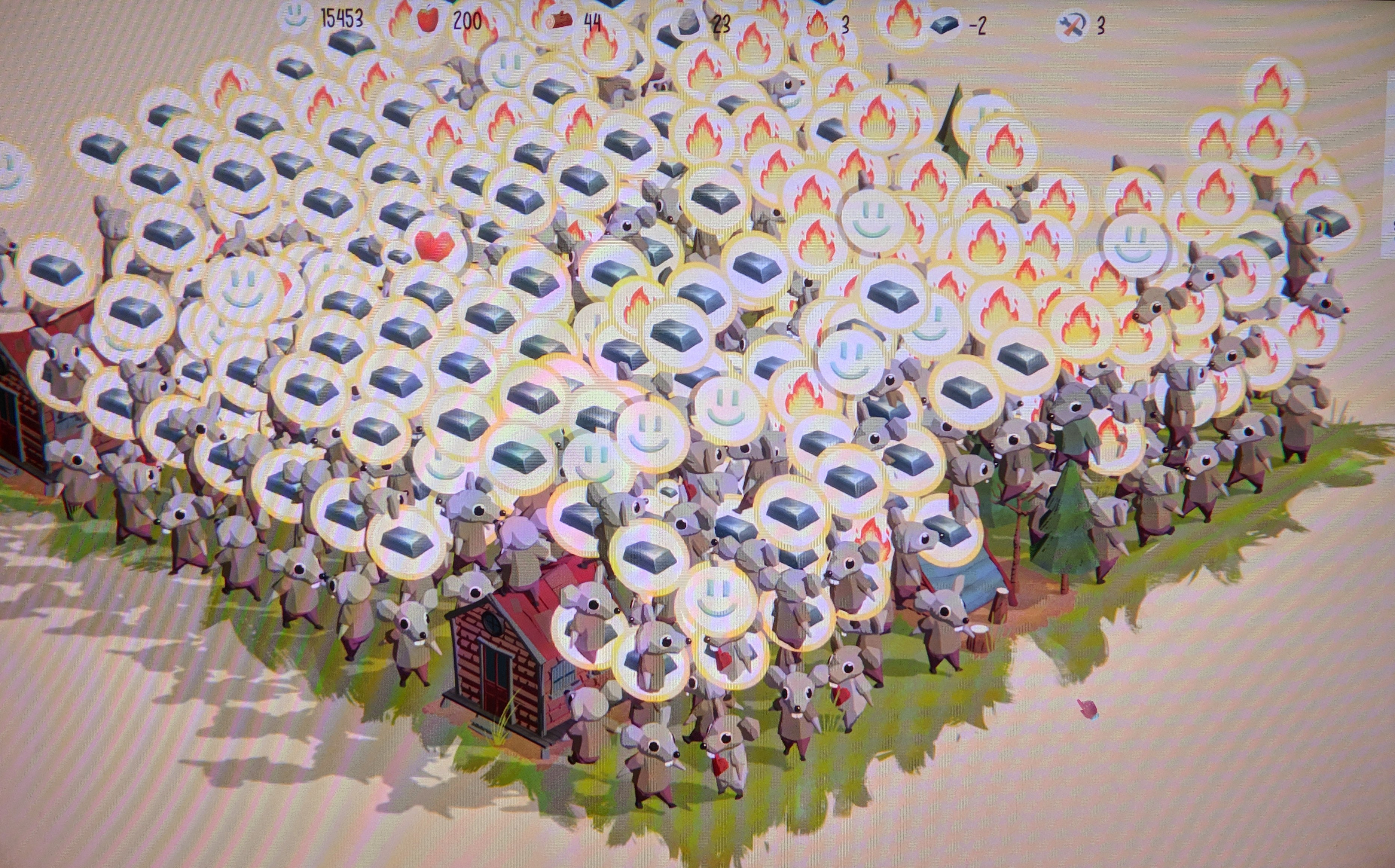 If only I was on that level of commitment! XD

Hey James, thanks for letting us know!

Sure thing! Looking forward to trying the game!

should be fixed in the new build ;)

Have a mice day!

Edit: Sorry for being so long and just a heads up it's just some bugs I found and one suggesting. ^w^

I really like the art style and idea but there was multiple bugs I ran into that made the game inplayable. (Had it running in the background while typing and checked back and it's just really slow. That changed read till thee end) ;^;

When I had a lover mouse she was EVIL because she mated with other mouses and I had more mouses but they were stuck in place and didn't move or talk to any other mice.

Then if I just click on a building and didn't drag them on to a slot they would stick to my cursor and I couldn't play the game anymore then had to restart the game.

Another thing is that the mice can get stuck on some of the objects so, it might help if you could drag the mice.   .w.

And lastly one problem which isn't much of a bug but makes the game a bit more difficult is that the lumber mice and other sometimes just bump in to lots of objects that arn't what they use or just completly walk around it.

And I found this funny but one time I saw a lumber mice just walk up to the pile of rocks and the walked away without doing anything like "Na fam." and I have a feeling of wow, ok (In a funny way) and You had ONE job >->

Btw still is that they're stuck just not moving and I assume your smart peeps so you know what I mean by stuck. Also btw when the lumber mice bump into the wood they just keep thier path. 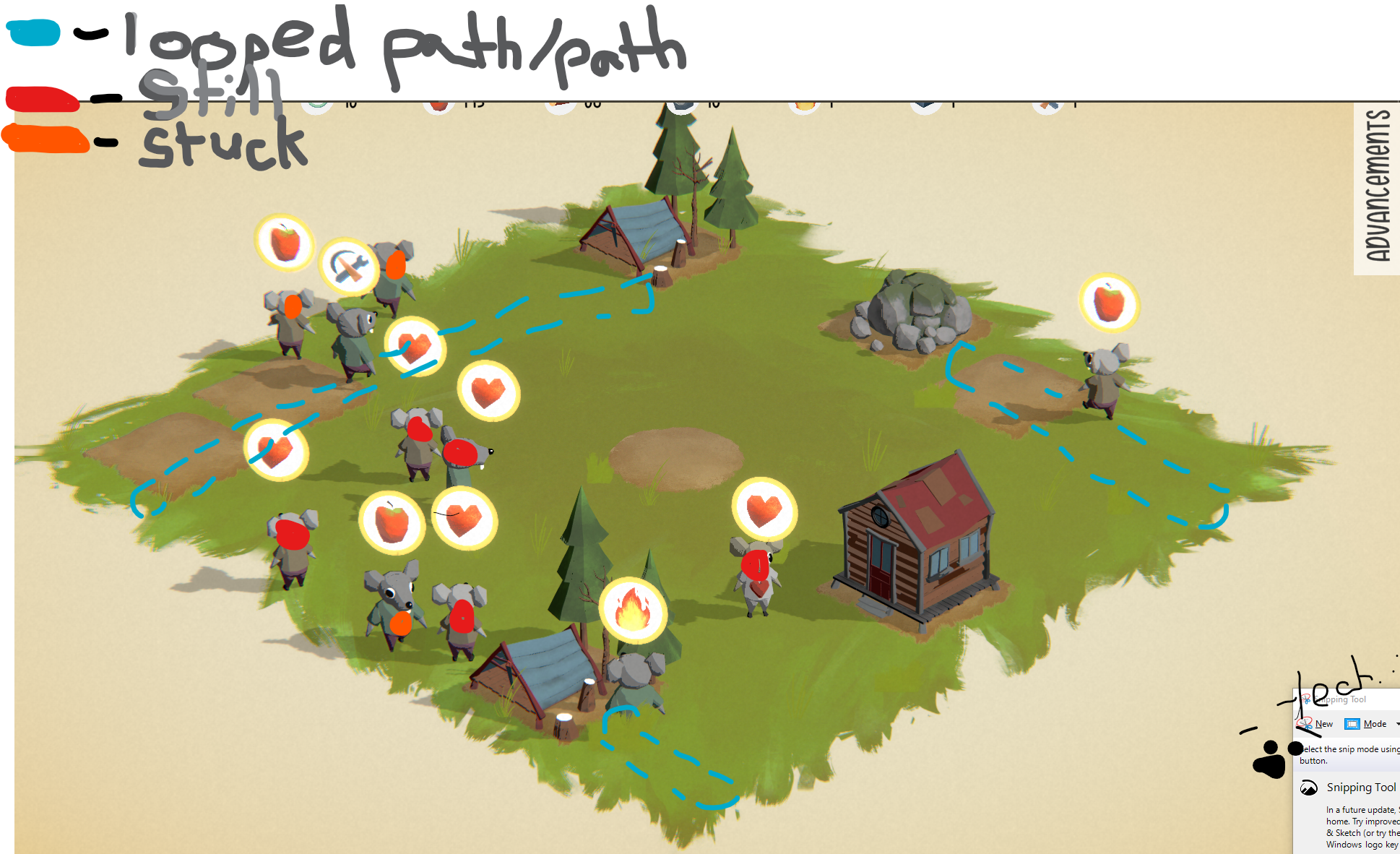 And I feel bad for pointing out lots of bugs but I just want the game to grow! ^v^ And I still love the idea but it just needs more work till it because fully funcional. Best of luck!

Hey @Devaiantdemon thanks for the very detailed comment and bug-descriptions.

I already uploaded a new version (link in the description as normal uploads are blocked until the end of the jam). In v0.4 most of these problems are fixed, plus you can now nudge the mice around with your cursor in case on of them gets stuck or if you want to move mice together.

Hope you'll have fun with the updated version ;)

Wow, this game has everything i am still lacking:) great cute characters, nice artwork. It literally screams "made with dedication". Fun Game name as well and high quality pictures. 5/5 Sir. Your other games also have a nice and unique style! Good Job

Hey Mister G420! Thanks for your kind words and awesome comments! Did you encounter any bugs or problems while playing? 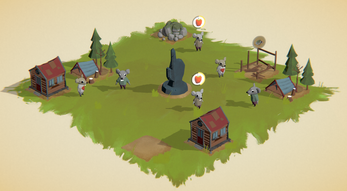 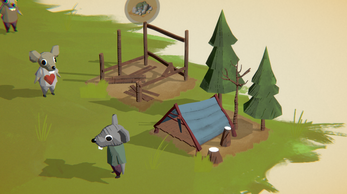 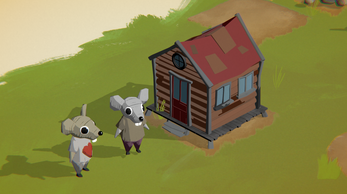 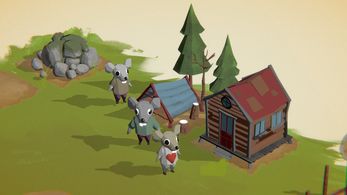 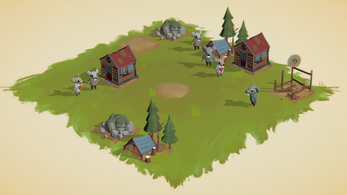 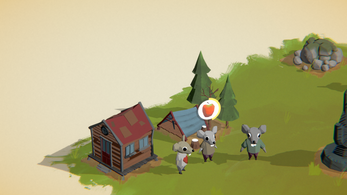 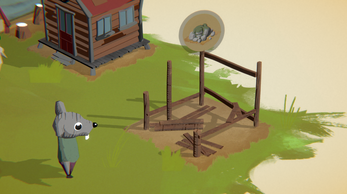 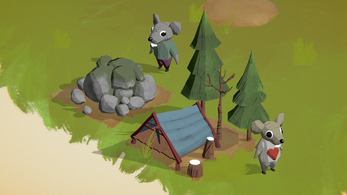